This Scripture is today’s Encouraging Word from K-Love… because it moved my heart so much, I am sharing with you – my special friends…

This is real love – not that we loved God, but that he loved us and sent his Son as a sacrifice to take away our sins.

How can we ever say “Thank You” enough?

How can we ever fully grasp this concept?

How can we ever return this love?

I have the great honor of baking the CAKE for The Captain’s Speech blog party to be held at precisely the stroke of midnight, June 23rd… FUN!!! 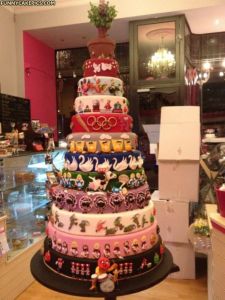 Everyone within reading distance of the invitation is invited to join the fun, frivolity and festivities!!!

Here are some ideas I have found for the cake I am to bake…  AND (I had to insert an “AND”, Paul… in your honor!) am leaning toward the lopsided cakes.  Get it?  LEANING TOWARD!!!  hahahaha… 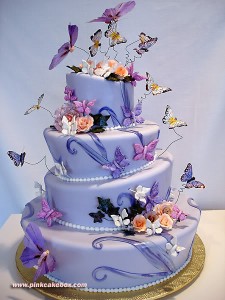 I am ESPECIALLY fond of this last one as it is my most FAVOURITE (I purposely spelled favorite this way since The Captain is Canadian and we Yanks know how they like to add those “u” letters to EVERYTHING!!) colour.  Periwinkle!  Yes!  There is such a color as periwinkle 🙂

Now, I need to put some great thought into this most honourable of responsibilities.  I am in a full fledged kerfluffle over this …. some word.  Opportunity!

Just for fun… I am adding this most disgusting of cakes.  Looking at this photo makes me want to throw up! 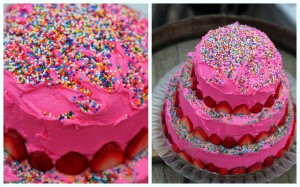 Let me know your opinions and I shall get busy on this baking post haste!!!

What a party this shall be!!!

You are all cordially invited to the two year blogiversary of The Captain’s Speech.

Who: You
What: Two Year Blogiversary
Where: The Captain’s Speech
When: Tuesday, June 23, 2015
Why: It’s basically a holiday
What to bring: FOOD and a piñata
Are gifts necessary?: What kind of party would this be without gifts?
Attire: Formal, so basically whatever you wear at home

Please Note:
Feel free to bring guests.
The party will start at midnight.
Don’t arrive early, but don’t be late, either.

I’ll be ordering the pizza. If everyone else can bring one food item, that would be great.

If someone wants to get a cake, I’ll love you forever.

P.S. No one is allowed to miss this. Book off work if you have to.

This is soooo funny!  Marty St Louis played for the Tampa Bay Lightning since forever but now he plays for the newyawkrangers… soooo tonight he must’ve become confused because he scored a goal FOR the Lightning!!!  And it counted.  HAHAHAHA!!!

HAT TRICK!!!  Tampa Bay Lightning 3  and that other team…1

ruh roh… and if these commentators could be ANY more biased for the new yawk team… good grief!!!  Let’s play FAIR guys or we’ll replace you with women!!!

Think it is safe to go to bed now?

Happy Victoria Day to all of my Canadian friends!!!  G’nite one & all 🙂

I still love the words Gil asked after he proposed to me… “Can we have a marriage & not a wedding?” And that, my friends, is what we had that beautiful first day of May in 2012…

I lay in my hospital bed, eyes filled with tears as I stared longingly at the crisp October sky. This was my long-awaited wedding day. But I wouldn’t be strolling down the aisle in my white satin gown as planned.

I dated Yates for six years, during high school and part of college. We were the proverbial high-school sweethearts. He was my first love and I his. Young and naive, we discovered we each had dreams that required pursuits down different paths. So, we choose to part ways.

For a decade, Yates and I lived separate lives, with different geographies and different experiences. Several failed relationships and many mistakes later, we each discovered an unexplainable void within our lives and within ourselves.

After almost ten years of no contact, Yates reached me through my mother. We reunited and immediately realized what we had been missing…

This needs to be printed in every single church bulletin and newsletter and reprinted over & over again until the message is received.

This is a message to all those who are single or who have spent any years in the Church as a single person.

As a pastor who has served in local church ministry for the past 17 years, I wanted to apologize to you on behalf of so many of us who minister and who too often have failed you.

I am deeply sorry.

I’m sorry for the ways we unintentionally distanced you from community; the times that we overlooked your deep needs and your unique challenges as we planned and prepared.

I’m sorry for the times we relegated you to the segregated ghettos of Singles Ministry, making you feel that was enough to hold you over until you eventually graduated from your relational purgatory.

I’m sorry for the times you felt like an afterthought in our worship services.

I’m sorry for the times you felt unwelcome or extraneous in our small groups.

Alright kids, put on your snowsuits, wrap a scarf around your neck six times, wear three pairs of socks, thick boots, and the warmest toque in your closet because you are about to embark on a crash course lesson on Canadian culture.

Quickly, divide yourselves into teams of four; this will come in handy when we go bobsledding later.

I’ll start off by saying that I am a proud Canadian. I couldn’t imagine living anywhere else.

Alright, enough small talk. Let’s get into it.

I know how people view Canadians. Let me quickly sum it up.

Oh, they’re just a bunch of lumberjacks up there, eh. Sipping on their Tim Hortons and being polite to everyone even if their house is on fire, eh. No worries, eh. Just slurping maple syrup like it’s oxygen, eh. Playing hockey on a frozen lake in the winter with their red faces and stuffy noses…

So this technically isn’t a genuine blog entry but I’m tired and I made a promise to y’all and I am so happy that my Lightning won tonight… they advance to the Eastern Conference Final in the Stanley Cup Playoffs!!!

Sorry to all of my Canadian friends… SSSSSS… but WE WON!!!

Wow… if you can read this without tears…

His thumb softly rubbed the twisted flesh on my cheek. The plastic surgeon, a good fifteen years my senior, was a very attractive man. His masculinity and the intensity of his gaze seemed almost overpowering.

Is this a joke? Is he kidding? I asked myself and I searched his handsome face for signs of mockery. No way would anyone ever confuse me with a fashion model. I was ugly. My mother casually referred to my sister as her pretty child. Anyone could see I was homely. After all, I had the scar to prove it.

The accident happened in fourth grade, when a neighbor boy picked up a hunk of concrete and heaved the mass through the side of my face. An emergency room doctor stitched together the shreds of skin, pulling cat-gut through the tattered outside… 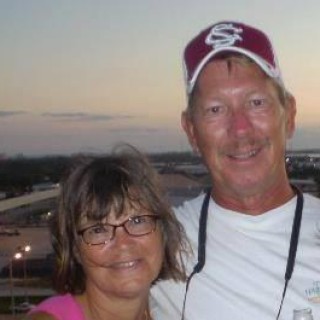 Just like this site, I am a work in progress & will be the rest of my life. Only my faith & love of God are more important to me than are my friends. As a "freshly minted" widow, my friends have carried me through the darkest of days bringing me into the sunlight again. I dedicate this blog to my precious husband, Gil, who taught me every day of the four short years we had together as "the best of friends" of which two of those years we shared the days as husband and wife. He taught me through his actions, words & mostly his quiet love that I am indeed worthy of the space I take up on this "gilorious" universe. For that I will eternally be grateful. God is good & He is good all the time!